The Gospel Coalition: All You Need to Know! 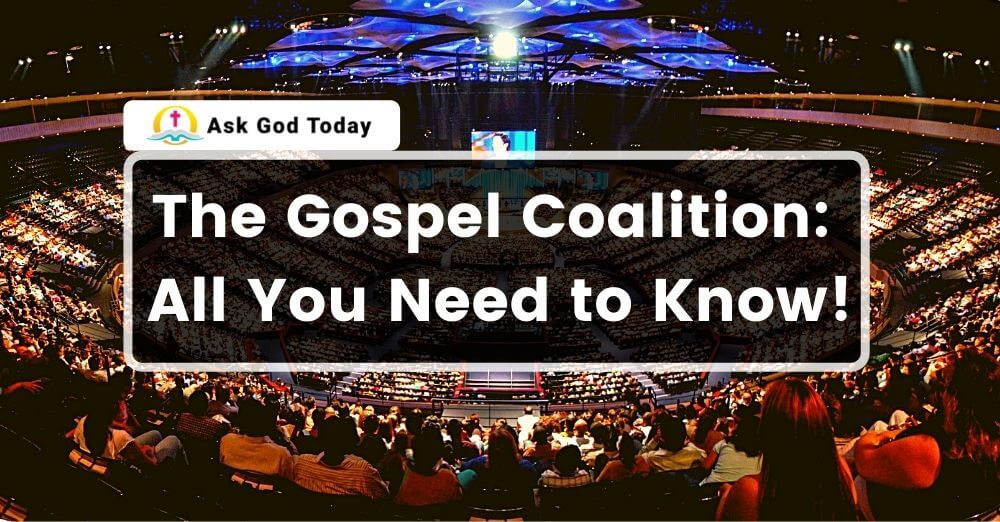 Evangelical churches have long been a staple in Protestantism that was propelled by Martin Luther who started the ideas of Protestant Reformation in the church.

Evangelicals are all about the Biblical view and truths and they also believe in Jesus Christ as our Lord and Saviour, which is evident by quite a few Bible verses including Philippians 3:20.

The actual word “evangelical” comes from the Greek “euangelion”, meaning “gospel” or “the good news” of salvation through faith in Christ.

This evangelical movement has resulted in the formation of various churches and organisations such as The Gospel Coalition (TGC).

Continue reading to find out everything you need to know about The Gospel Coalition (TGC), their resources and content (e.g. videos, articles etc.) and controversy in the Christian culture.

What is the Gospel Coalition (TGC)? The Gospel Coalition (TGC) is an online publishing network of evangelical churches in the Reformed tradition and Christian culture.

Their primary goal seems to revolve around renewing believers’ faith in the gospel of Jesus and reforming ministry practices so that they’re fully in line with the Holy Scriptures.

TGC was formed in 2005 by popular NY City pastor Tim Keller and the theologian D. A. Carson.

The Reformed worldview and position of TGC authors means that they usually view modern Christian culture and theological problems through a Calvinist lens.

In fact, the type of view that The Gospel Coalition has can be described as New Calvinism and Reformed, while all their content is logically written in English.

On top of English-speaking resources, The Gospel Coalition also has sites in Spanish and French.

And on top of that, The Gospel Coalition partners with identical evangelical publications such as Christianity Today and Desiring God.

However, The Gospel Coalition (TGC) still raises some questions as this evangelical church/network of churches has drawn criticism due to their resources and overall content that’s found on their site.

A quick search will reveal that most of their articles use a rather criticising and rebuking tone.

This can be a problem as the theme of seemingly recurring critique might have a negative impact on their desire to spread the good news of Christ to non-believers.

Who is in the Gospel Coalition (TGC)?

The official About Us page of The Gospel Coalition (TGC) has a ‘Council‘ section that reveals that their leadership consists of 57 members (including many pastors).

These members are separated into 3 specific groups:

Some of the past The Gospel Coalition (TGC) members are the evangelical pastor and author Mark Driscoll, Christian Minister C. J. Mahaney and author and teaching pastor Darrin Patrick.

What is the Gospel Message? There are many questions related to the gospel message, but all we have to do is open the Bible to learn what it’s all about.

First and foremost though, keep in mind that the word gospel stands for “good news” i.e. forgiveness for sin through Jesus’ death on the cross where he paid the ultimate price for our iniquities. Then we have to go to 1 Corinthians 15:1–4 to see how the apostle Paul reveals the 3 main elements of the gospel message, that are:

Eventually, all believers can agree that the free gift of everlasting life received by Jesus (Romans 5:15, 6:23) is only received by believing, not works (Ephesians 2:8–9).

What do Bible Churches Believe? They stick to the Bible as the foundation and standard of their faith and these churches are of no specific denomination.

These churches believe in the Holy Trinity (i.e. the Father, Son and Holy Spirit are one) and they also believe that Jesus Christ is the promised Lord and Saviour of this fallen world.

Especially the Biblical account of Jesus’ redemptive work through his death, resurrection and ascension.

As a result, Bible churches also believe in other key Biblical truths such as Christ’s second coming, the millennial reign of Christ, everlasting life for believers and the second death for non-believers.

Spreading the gospel and the good news of salvation through Christ is another key principle in Bible churches, which is why they can be considered evangelical.

What is Reformed Doctrine? The Reformed doctrine or theology is based on the Protestant Reformation from the 16th century.

It’s based on the Holy Scriptures, which means that the Reformed doctrine isn’t a new belief system – its aim is to continue the apostolic doctrine from the written word of God.

Reformed doctrine is based on the authority of the Bible, the sovereignty of the Creator and salvation by grace by believing in Jesus.