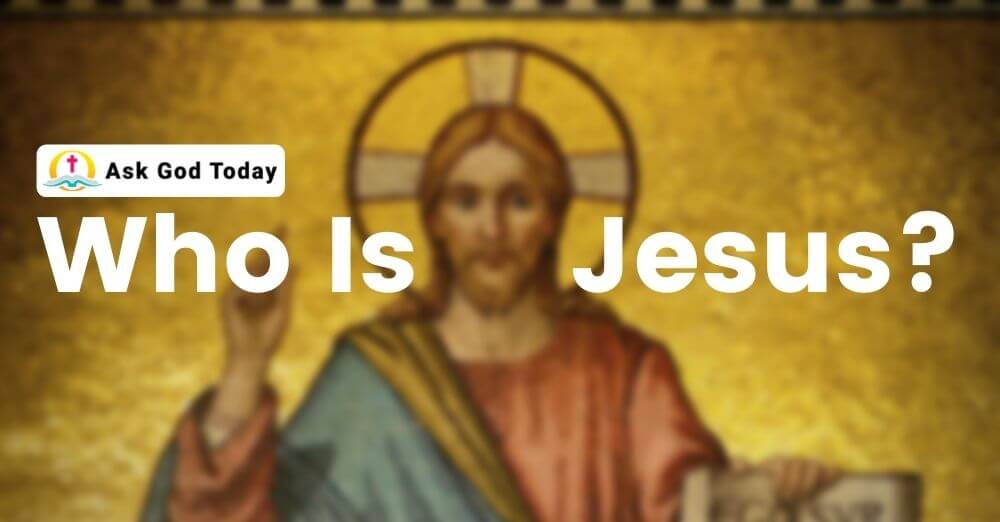 Jesus, also known as Jesus Christ to many believers, is a name known widely known around the world for those who are familiar with the faith. Even though the majority of the world knows his name, there are only a few who truly know the answer to who is Jesus, and his significance in the religious scriptures.

How is Jesus Christ the Holy Son of God? Jesus was sent by our heavenly father to this Earth to be crucified on behalf of man’s sins. That by dying on the cross, God’s power raised him from the dead so that we can have the forgiveness of sins and inherit everlasting life – therefore, providing a way of faith to be reconciled with the father that unites us to heaven through Jesus’ death on the cross.

So why would Jesus choose to suffer in the mortal flesh and not remain with God? The answer is simple; he is the Messiah that God promised in the beginning when Adam and Eve committed the first rebellion against God’s commandment to not eat the fruit of knowledge. Only Jesus, as the son of God, blameless without sin, Holy and set apart, is the living sacrifice called to become human. As it is written “God made him who had no sin to be sin for us” (Corinthians 5:21) – Jesus was to be the righteous savior who would redeem the world from eternal death. With faith we believe in Christ’s death on the cross, we can be reconciled with God and reunited in the kingdom of heaven.

Therefore, Christ the son came on behalf of the father; fulfilling by sharing the gospel of forgiveness – that we may see God through his wonders and miracles on earth. Even the demons saw his power and acknowledged Jesus as the Holy One of God, according to Luke’s 4:34-35 testimony: “Have you come to destroy us? I know who you are—the Holy One of God.” But Jesus rebuked him, saying, “Be silent and come out of him!”. As we look into the story of Jesus, he lived according to the Father’s will on earth. His testimony reflected in his miracles and teachings, that he had no sin, yet he suffered as a man – proving he lived a life holy, blameless and righteous before our almighty God.  In John 1:14, it reads “The Word became flesh and made his dwelling among us. We have seen his glory, the glory of the one and only Son, who came from the Father, full of grace and truth.”

The Prophecy of Jesus Found in the Old Testament, the prophet(s) foretold and had been anxiously waiting for the son of God. Many religious leaders doubted that Jesus was the Messiah that Israel was waiting upon, but Jesus said: Do not think that I have come to abolish the Law or the Prophets; I have not come to abolish them but to fulfil them.” (Matthew 5:17), reaffirming that he is the son of God.

In the book of Jeremiah 23:5, it said Jesus came from the line of King David, assuring he is the credible promise since the beginning of creation: “The days are coming, declares the Lord, when I will raise up for David a righteous Branch, a King who will reign wisely and do what is just and right in the land”.

Isaiah the prophet made a revelation of Jesus about 700 years before his time. He described the life Jesus would have: “He was despised and rejected by mankind, a man of suffering, and familiar with pain. Like one from whom people hide their faces he was despised, and we held him in low esteem” (Isaiah 53:3).

Later on Jesus fulfilled Isaiah’s prophecy, preaching in Nazareth about his fulfilment of the scriptures of Isaiah. Luke describes Jesus’ life as according to Isaiah’s prophecy: “All the people in the synagogue were furious when they heard this. They got up, drove him out of the town… (Luke 4:28–29)”.

The Birth of Jesus Christ The birth of Jesus is an important event for Christians. It signifies the promise of God’s salvation to those on Earth and the covenant of His Word. Jesus Christ was born to the family of Joseph and Mary. Mary was a virgin betrothed to Joseph, when she was visited by the angel of the Lord telling her that God favored her to be the mother of Jesus – where even though she was a virgin, she conceived Jesus by the Holy Spirit.

Heaven rejoiced as the Messiah’s birth fulfilled the covenant to reconcile mankind back to God, being the savior as the old scriptures said years before his birth. Isaiah proclaims the future news of Christ Jesus, that we can believe he is the true Christ promised from God: “For to us a child is born, to us a son is given; and the government shall be upon his shoulder, and his name shall be called Wonderful Counsellor, Mighty God, Everlasting Father, Prince of Peace” (Isaiah 9:6). Jesus Christ was born in Bethlehem, in a humble manger where the shepherds and wise men came to visit him upon seeing the star from heaven revealing the location of Jesus. As Jesus grew, he lived as a carpenter prior to calling his twelve disciples into ministry to share the news of God’s salvation. His cousin John was a witness who described that Jesus was the Word (God) from the beginning, which became flesh. That God came and dwelt amongst man as described in the book of John.

The Crucifixion of Jesus Christ One of the greatest acts of sacrifice known to mankind was that Christ committed himself to die for man’s sins. Jesus had to walk as a human and live as a man knowing mortal life – being amongst us, teaching us, healing us and showing us his heavenly love. Yet the religious leaders at that time sentenced him to death through crucifying him on a cross, mocking that he must not be the true son of God, so they could end him as a person and not an immortal God.

He Rose from the Dead Christ ultimately died on the cross, as written in the Bible in the book of Matthew, “And Jesus cried out again with a loud voice and yielded up his spirit. And behold, the curtain of the temple was torn in two, from top to bottom. And the earth shook, and the rocks were split. The tombs also were opened. And many bodies of the saints who had fallen asleep were raised, and coming out of the tombs after his resurrection they went into the holy city and appeared too many. “(Matthew 27:50-53).

Truly he made Bible history, as Jesus was resurrected from the grave – showing us the power of God and his love to lay down his life for us. This must be a selfless act of God for us to find redemption of sins. This is why Jesus is the Holy Messiah who could pay the price for us. Once a person who walked among us, he has risen as our Lord and will return again to receive us unto his kingdom.

Who is Jesus to Christians? For those new to the Christian faith, it is important to know that Jesus is the promise that God made to redeem us. As Colossians 2:9-10 says: Jesus is the deity of the Father, Son and Holy Spirit that dwells bodily, becoming human so that he can stand as the sacrifice for our wrongs to God – that when Adam and Eve sinned, all of mankind were condemned and bound to death.

Jesus is the Word from the beginning, and the Word was God as mentioned in Genesis – that he died and was resurrected, in which he became the savior that Christians hoped for throughout the history of the Bible.

Who is Jesus – Is it Important to Know? In short, yes! Jesus is a pivotal character in Biblical literature; he represents God to all of man. As we learned, he is Holy and blameless. Jesus was the means to salvation as he willingly sacrificed his life for us, taking upon our sins that we might unite with God in heaven when we choose to believe in Him.